You Are Here: Richtfest Seestadt MG+ 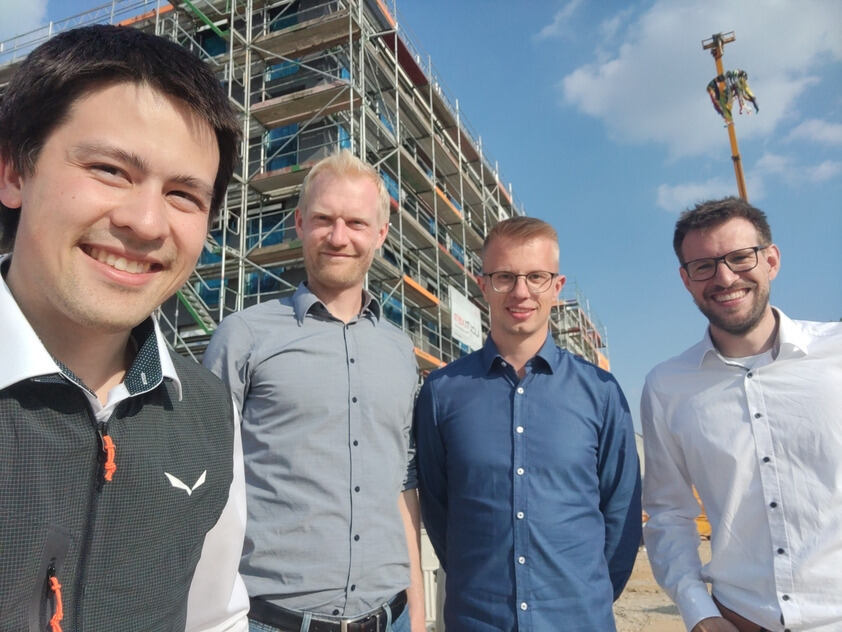 Part of the project team of RWTH Aachen University of the Reallaborprojekt TransUrban.NRW participated in the Richtfest ceremony of the Seestadt MG+ in Mönchengladbach on Friday, May 6, 2022, and enjoyed an extensive and varied program. In addition to greetings from the Parliamentary State Secretary Oliver Krischer and the Minister for Economic Affairs, Innovation, Digitalization and Energy of the State of North Rhine-Westphalia Andreas Pinkwart, the core elements were presented by the main people and companies involved in the innovative district and energy concept of the Seestadt MG+. The Reallaborprojekt TransUrban.NRW was able to present itself with posters and an interactive presentation of the districts and energy systems of the Reallabor districts at a booth of Stadtentfalter GmbH. There was also the opportunity to visit the construction site and the first residential units of the first construction phase. The versatile program was rounded off by interesting information booths and a circus performance.