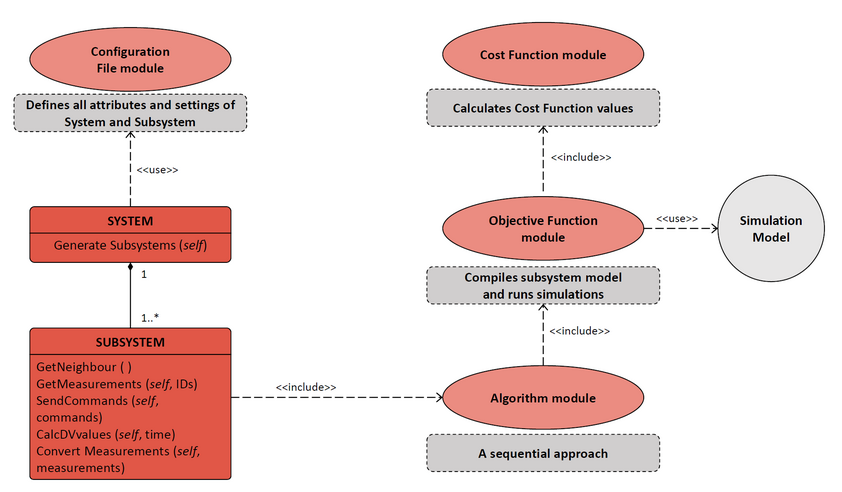 Copyright: EBC Structure of the control framework extended in this thesis to establish dynamic data exchange between control agents

In buildings, control of HVAC systems offers high potential for energy saving. In this field, distributed model-based control approaches are considered as very important. As a simplification, in many of these approaches temperature and cost values are averaged over time. But time dependencies arise out of various effects such as thermal inertia and natural fluctuations of the outdoor temperature. To regard such impacts in future, the control framework developed at the Institute for Energy Efficient Buildings and Indoor Climate is used in this work. The algorithm in use is the BExMoC algorithm. This is a sequential algorithm based on transfer of look-up tables between subsystems. In previous works, these look-up tables were solely based on two dimensions. They are now extended by a third dimension, namely the time. Therefore, a test system is implemented in Python. In this test system, a method for dynamic data exchange is developed and tested based on two simplified subsystem models. Subsequently, this method is integrated and implemented into the control framework. Afterwards, a verification of basic functionality is conducted with simplified models of an air handling unit and inaccuracies are studied. Concluding, the method is applied to an air handling unit and a simulation with a constant and a dynamic input temperature is executed. The results show the integration of a time deviation has succeeded presenting a reasonable performance with supply air temperature tracking errors of less than 14%.