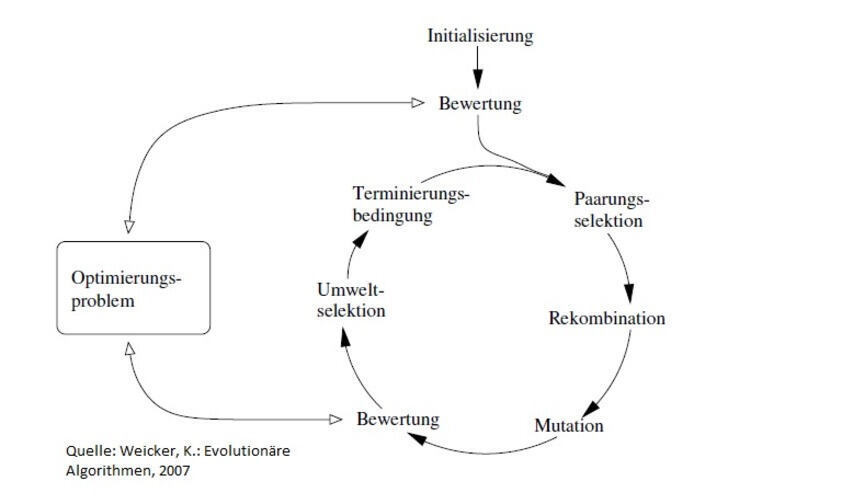 Energy retrofit of buildings comprises various redevelopment measures concerning the building envelope and the heating system. Often these two areas have to be considered together in order to get optimal results with regard to costs and saving potential.

In this thesis a combinatorial optimization approach for retrofit measures concerning the building envelope and the heating system was developed. The considerations concentrate on single family houses. The primary energy consumption was defined as the optimizing objective. All the considered retrofit measures have to respect the legal requirements.

The optimization program was developed in Python in form of a genetic algorithm. The building and its heating system are described through simplified dynamic approaches. The optimization program was developed in such a way to allow later improvements and expansions. The long-term objective is to provide an online advisory tool for homeowners. This would allow homeowners to get an initial assessment of potentially useful retrofit measures.