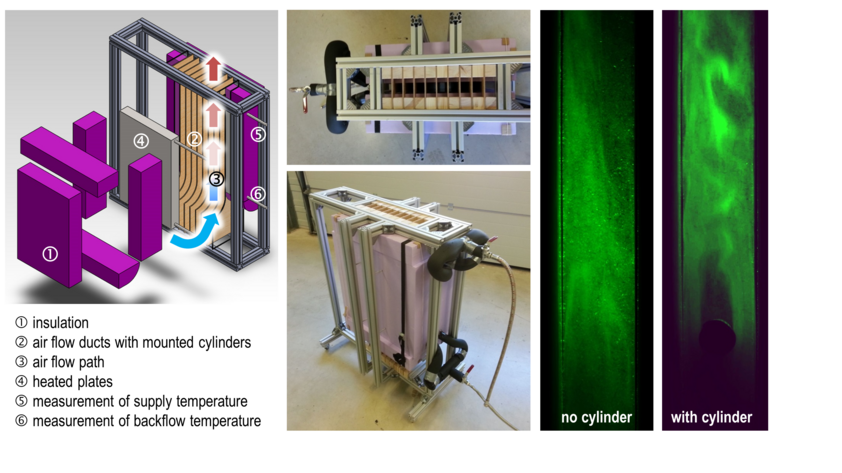 The test bench consists of convection channels which are heated at two sides. In these channels vortex-generating bodies are mounted in the form of cylinders. The possible improvement of the heat transfer through the influences of the vortices is examined. The von Kármán vortex street in the channel is visualized with fog. In the first measurements large fluctuations in the heat delivery occur. By optimizing the temperature distribution of the heated walls and better sealing of the insulation these fluctuations can be reduced significantly.

The subsequent series of measurements show that the heat transfer is improved by the use of the cylinder and thus a positive effect occurs due to the Karman vortex street. Paramater variation in terms of cylinder diameter, the positioning in the channel height and the wall temperature of the heated walls are studied. The measurement in the broad channel, which implies a quasi-two-dimensional flow, shows a higher performance improvement potential than in the case of channels with nearly square cross-section.