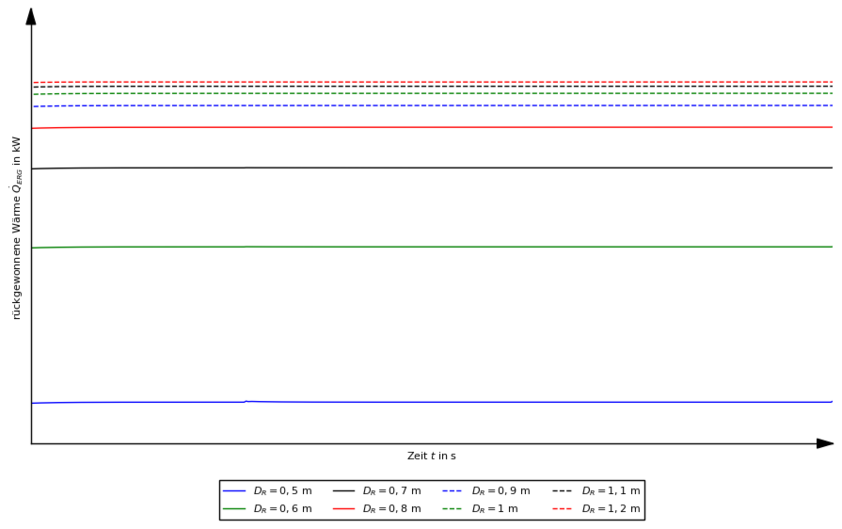 The energetic and cost specific potentials of an air handling unit with a rotary enthalpy exchanger were investigated. Simulations were used for the investigation, due to their time and cost efficiency compared to other methods. Therefore, a dynamic model of a rotary enthalpy exchanger was developed using the modeling language Modelica. All state conditions are passed on using Real-Connectors to avoid any discontinuities in the fluid-models of the Modelica-library. Furthermore, the model has a variable number of grid points in axial and tangential direction to calibrate the model quality in comparison to the CPU-time. To implement the number of revolutions of the rotary enthalpy exchanger the boundary conditions of each volume are switched every half revolution. To switch the boundary conditions a new approach was developed in this thesis, which is 30 % more time-efficient than an if-condition.

To conclude the model a control for the number of revolutions was implemented. With the control, temperature and absolute humidity are controlled by using the target values of a setpoint field. Therefore, the wheel is slowed down before the rotary enthalpy exchanger influences the supply air negatively.

Several variations of wheel diameter and wheel depth were investigated to optimize the dimensioning of the rotary enthalpy exchanger. To simulate the air handling unit in a moderate climate, a test reference year of the city of Cologne was chosen. Based on the usage profile of the room model the air stream is varied between 0,2 to 0,8 kg/s.