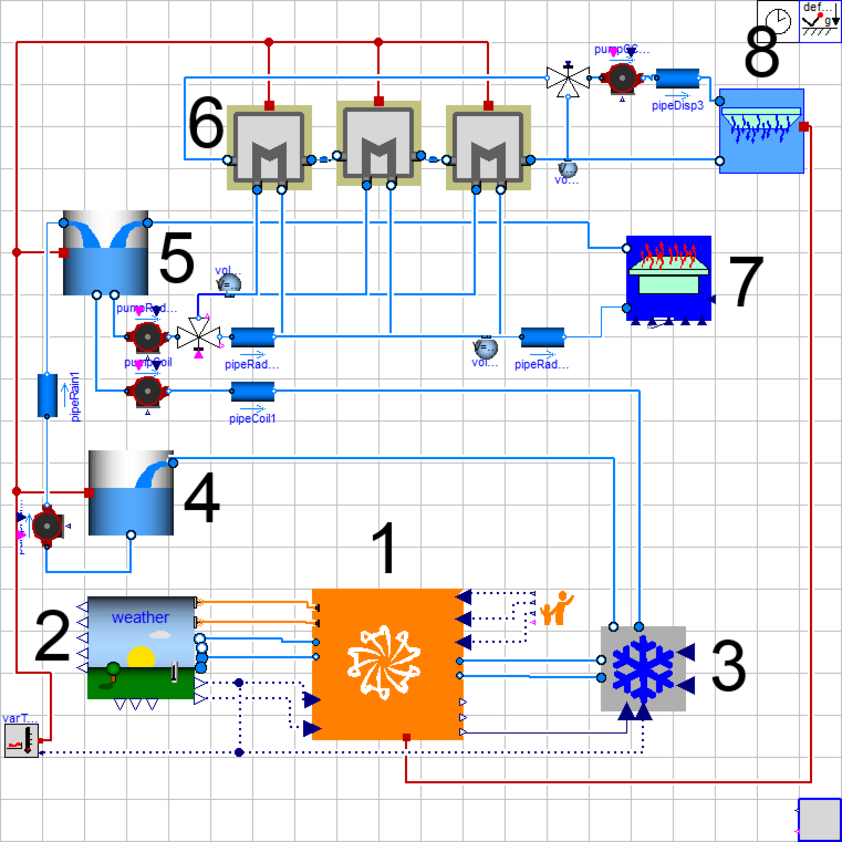 For the student competition Solar Decathlon Europe 2012, the team of RWTH Aachen developed and built a two-person residential building. The installed building technology uses a cooling system that employs a nightly radiative cooling instead of a chiller. In this system, water is dispersed at night over the photovoltaic modules installed on the roof and cools down. The cooled medium is stored in tanks. During daytime, the water is used for the chilled ceiling and the air-cooling of the air conditioning.

In this work, three optimized control strategies of the cooling system are compared with the original control by means of simulation. For this reason, the building technology and building shell are modeled in the simulation tool Dymola. The model is connected to a Programmable Logic Controller (PLC) on which the control algorithms are executed. The coupling between Dymola and the PLC is done via the Modbus protocol.