You Are Here: Local4Global – system-of-systems that act locally for optimizing globally

The project is supported by the EU 7th framework program (#611538). Local4LGobal stands for systems-of-systems that act locally for optimizing globally. The objective is the optimization of a technological system-of-systems (TSoS) that consist of several sub-systems (constituents). Considering plug-and-play readiness, the L4G-algorithm focuses on the optimization of distributed systems.

The objective of the project is the development, implementation and evaluation of a new methodology to control and optimize a generic TSoS by applying a cognitive adaptive optimization algorithm (L4G-algorithm). The L4G-algorithm focuses on distributed adaptive control optimization while guaranteeing easy-to-deploy, control robustness and rapid real-time convergence properties inherited from its basic core ingredient CAO (Cognitive Adaptive Optimization) developed and thoroughly tested in real-life applications during previous EU-FP7 projects. The EBC is responsible for the building use-case as well as coordinating the general evaluation task. The algorithm is implemented in the E.ON ERC main building as a TSoS and its impact on building technology is evaluated.

Analysis and evaluation of the algorithm impact in building technology

For the building use-case, the system-of-systems-theory is transferred into building technology, and a generic building TSoS is developed. Based on this generic TSoS, the building TSoS within the E.ON ERC main building is defined containing 13 rooms, which have been equipped with additional sensors to monitor thermal energy flows continuously. 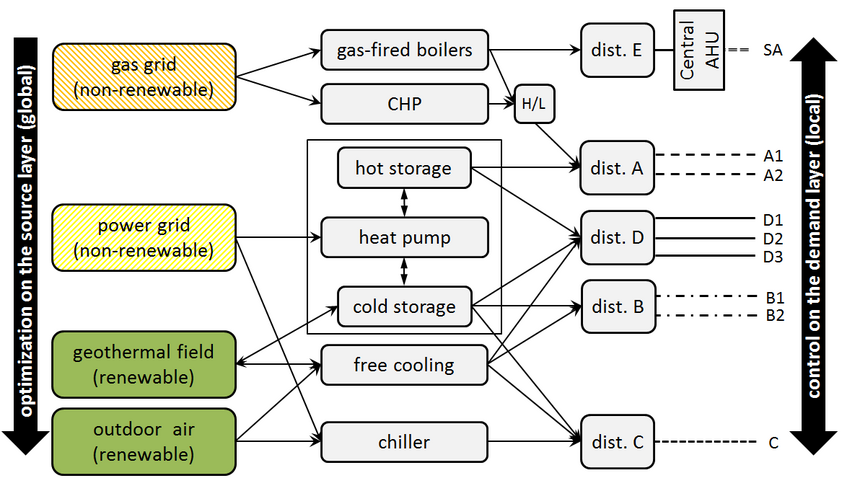 The energy flows are affected depending on the shift of loads between the constituent`s actuators. The L4G-algorithm coordinates this shift of loads with the aim of minimizing the non-renewable energy consumption while maintaining the thermal comfort level. 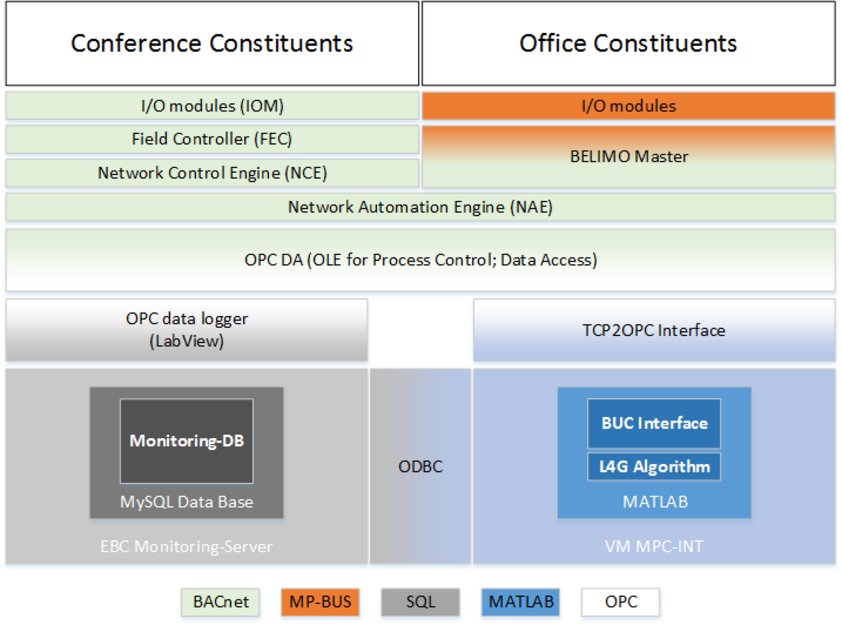 Copyright: EBC Figure 3: Framework for implementing the L4G-algorithm in the building automation of the E.ON ERC main building

The algorithm is proven and fine-tuned during a detailed simulative pre-analysis process and embedded into building automation via an OPC infrastructure represented in Figure 1. The evaluation is based on routines, developed in the institute, which use the monitoring data to compare the energy consumption during L4G operations against the conventional control strategy.